Find american studies programs you love that match your needs & aspirations, where you stand a high chance of acceptance.

Find other programs in american studies

Few countries have had such a profound global impact on modern life than the USA. American studies is a diverse and fascinating subject, and the perfect program if you want to learn more about the history, culture, literature, politics, film, and art of the United States.

As an American studies student you’ll study the ideas, events, and figures that have defined the US. American studies programs aim to combine critical thinking with social awareness and you could study subjects as diverse as the American Civil War, Disney, Hollywood, or the battle for civil rights.

By studying American studies abroad, you could get the opportunity to immerse yourself in the very same culture that you’re learning about in the classroom. Alternatively, you could choose to see American studies through the lens of another country, offering a unique perspective of the subject. Either way, studying overseas is a great way to access a first-class education while broadening your personal horizons. 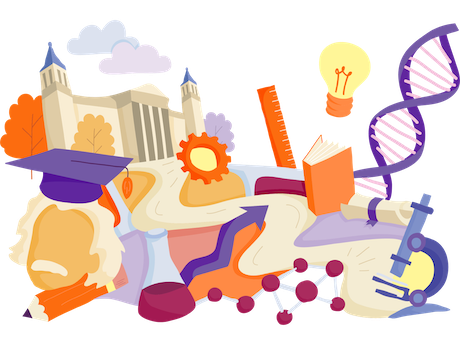 American studies is most commonly offered as a BA at undergraduate level, but you can also study the subject as a postgraduate.

If you choose to study American studies outside of the US, most programs will include a year abroad where you will study in the States or Canada. If studying in the US, you can choose American studies as your major alongside general studies and other minor subjects, gaining your degree over four years.

If you already have a bachelor’s degree, you can study an MA in American Studies in several countries. These programs tend to take one or two years to complete and can be taught or research-based. PhD programs are also available, with study taking between three and five years.

The teaching on most American studies programs will be in the form of lectures and seminars, with an emphasis on small group discussions and debate. Assessment is usually a mixture of written assignments and essays, group projects, presentations and exams, but this will vary depending on the modules you study.

The precise makeup and curriculum of each program will vary depending on where you choose to study, but there some are typical modules, including:

How we maximize your chance of studying american studies abroad

American studies is a varied, interdisciplinary degree program that will arm you with a range of skills that will prepare you for various careers. Some of the roles American studies graduates pursue after graduation include:

The career options you’ll have after graduation are endless, so don’t limit yourself to the roles listed above. If you want help working out what you want to do, or how to achieve your dream job, speak to your university’s careers advice service for help.