The coronavirus pandemic has affected universities across the world, 13 UK universities are at risk of going bust* and 80% of students have struggled financially.** It's not just universities and students who’ve suffered - university towns and cities have also experienced a loss of income when students were forced to move off campus and back to their families when the country first went into lockdown in March.

We’ve researched the true cost of the pandemic for university cities and towns in the last 6 months. Lockdown has been tough for all areas of the country, but for those that have a large student population, the pandemic has been economically catastrophic.
Some towns lost the majority of their communities when students left and millions of pounds went with them. High streets up and down the UK saw an 18.8%*** drop of non-food purchases in the 3 months to August, demonstrating the true cost that covid-19 had. Remove a huge proportion of a town's population and the financial impact was even worse.

We’ve worked out small towns like Egham may have lost as much as £18 million and Falmouth over £8 million. Major cities that are home to larger student populations like London may have lost over £580 million in the last 6 months.

The following towns and cities will have lost the biggest amount of money in total due to the number of students who live there; 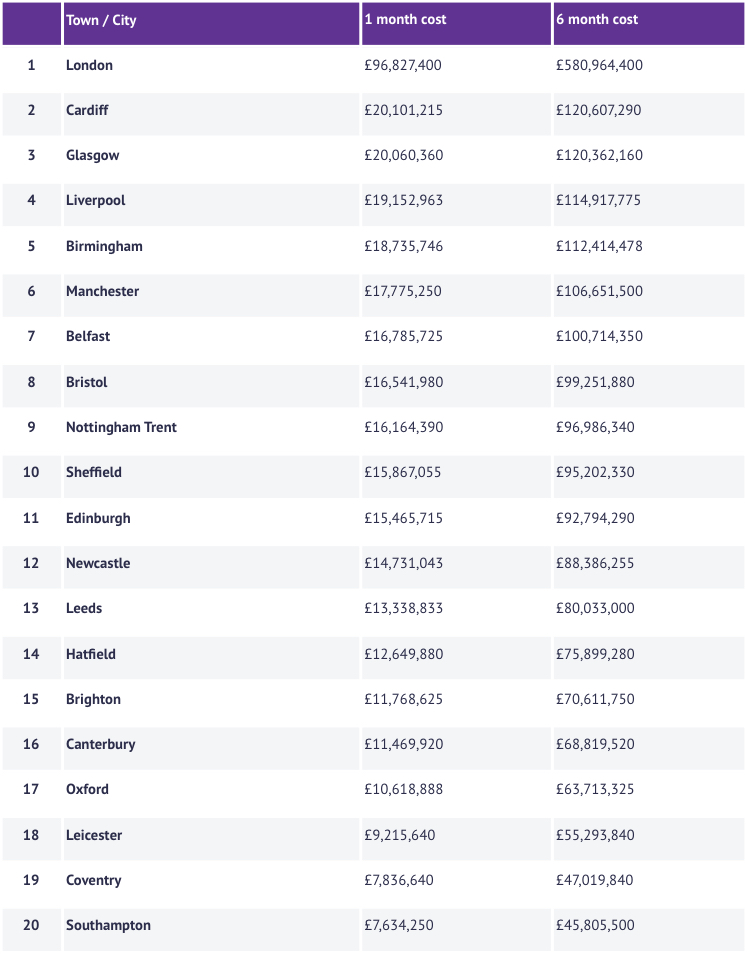 The following towns and cities will have felt the economic impact from the pandemic the hardest due to having the highest rate of students in their population;

The home to Royal Holloway University, Egham is a small university town in Surrey with a large student population. We estimate Egham has lost as much as £18 million from the lack of students over the past 6 months. £8 million hasn’t been spent on groceries, £1.5 million lost on takeaways and over half a million pounds wouldn’t have been given to charity or spent on gifts.

Home to the University for the Creative Arts, Farnham could have lost over £11.5 million due to it’s missing students.

The town of Hatfield is the home of the University of Hertfordshire. £75 million is likely to have been lost from the local economy without students being in the town. Students at this uni would have normally spent £29 million in Hatfield on transport alone. Students here are also partial to new clothes, with over £6 million likely to have been lost in the local shops.

Tucked away on the North Wales coast and close to Snowdonia National Park is Bangor university. This coastal town could have missed out on £14 million from students not spending in the town. Nearly £2 million won’t have been spent on transport costs alone.

This Scottish coastal town is home to one of the best universities in the UK, however, when the students are all gone, a big student shaped gap is left. Every month the local community could have lost as much as £3 million - £18 million to date.

Edge Hill University can be found close to Liverpool and Manchester in the town of Ormskirk. The town could have lost income of over £15.5 million over the last six months - nearly £2.5 million every month.

The University town of Aberystwyth is the third welsh town on the list. It’s likely to have suffered losses of over £10 million in the last 6 months. Local takeaways could have lost nearly £1.3 million from the lack of students and £2.5 million could have been lost on socializing.

The home of Durham university is likely to have suffered huge losses of around £17 million. £1.5 million won’t have been spent on takeaways and over £7 million on groceries.

What has the money been lost on?

Here are the reasons why these towns and cities are likely to have lost so much money in the last 6 months. 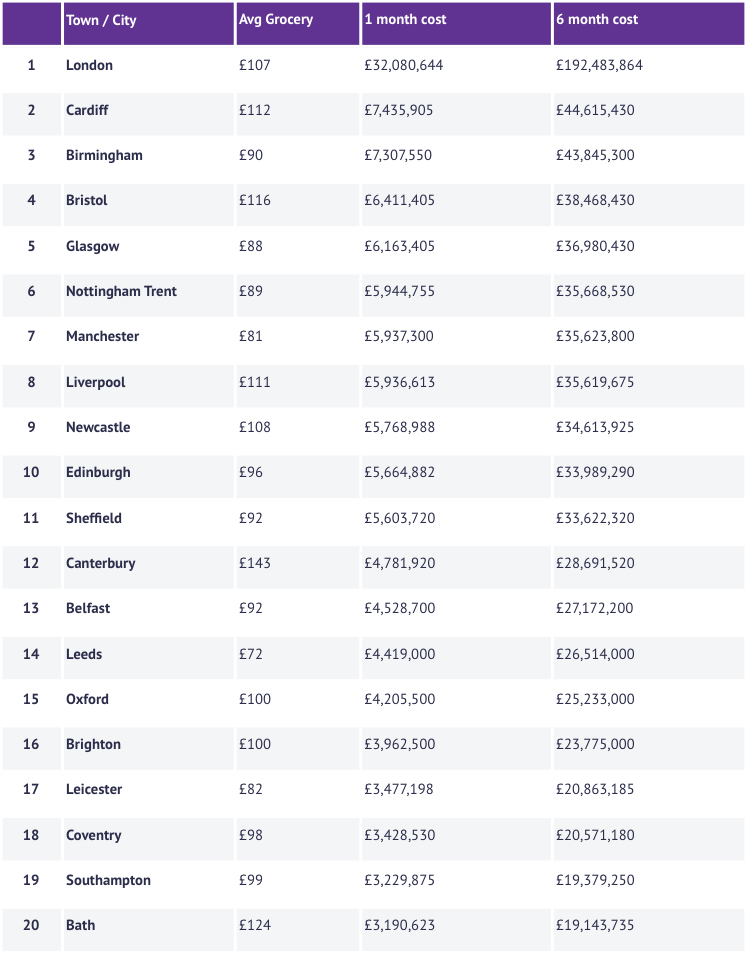 Without students, takeaways across student towns and cities may have lost out on as much as £418 million - that’s a lot of kebabs. 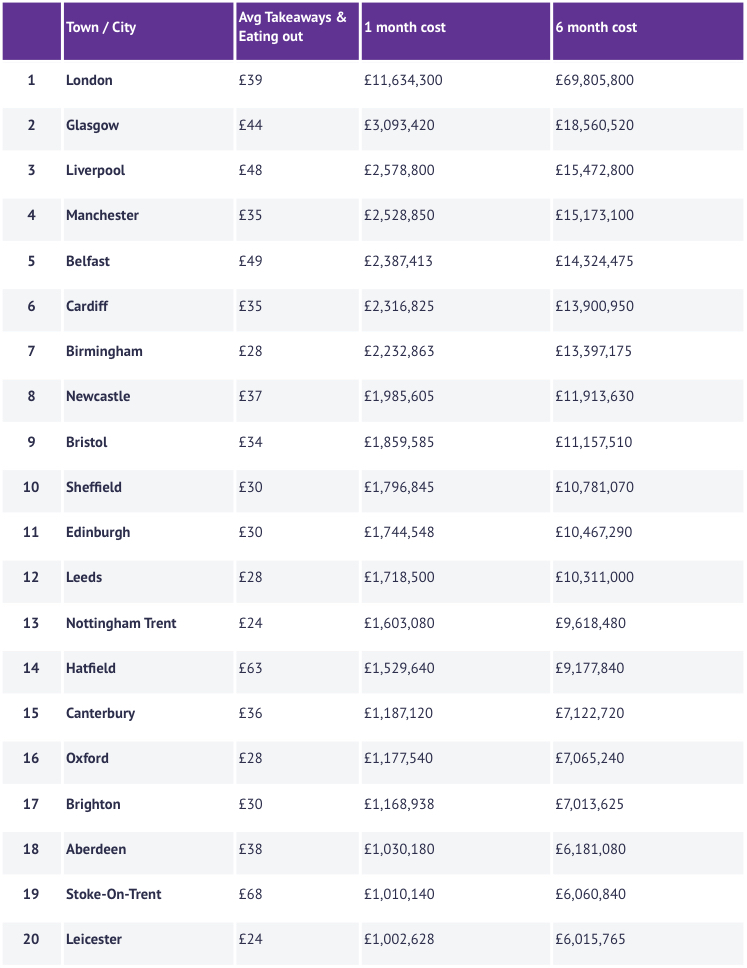 With nightclubs still closed and bars recently being told to restrict their opening hours, a night out on the town hasn’t been an option for students - freshers week this year is likely to look very different indeed. A huge £577 million will have been lost from students not going out over the last 6 months, with cities like London taking a £81 million hit from students not being able to venture out for a tipple or socialize with friends. 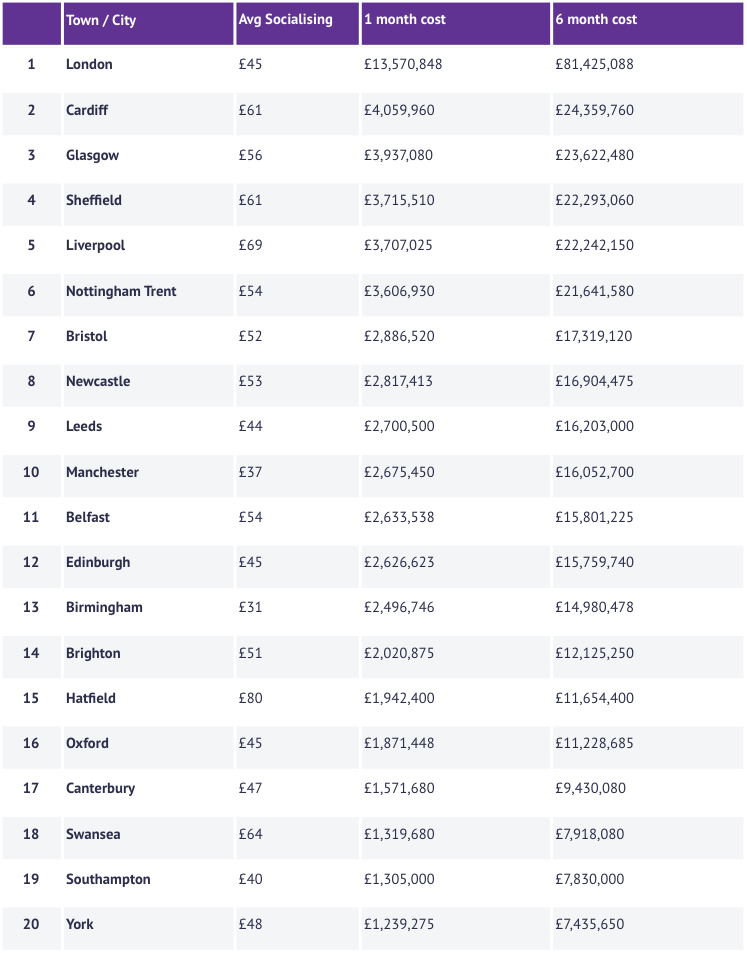 Whether getting too and from campus or taking a taxi on a night out, students spend a huge amount of money getting where they need to go. £574 million could have been lost from the industry over the last 6 months. In a major city like London, £130 million could have been lost on transport alone. The second worst hit by transport costs is Hatfield, where students spend an average of £200 a month on transport resulting in a £29 million loss. 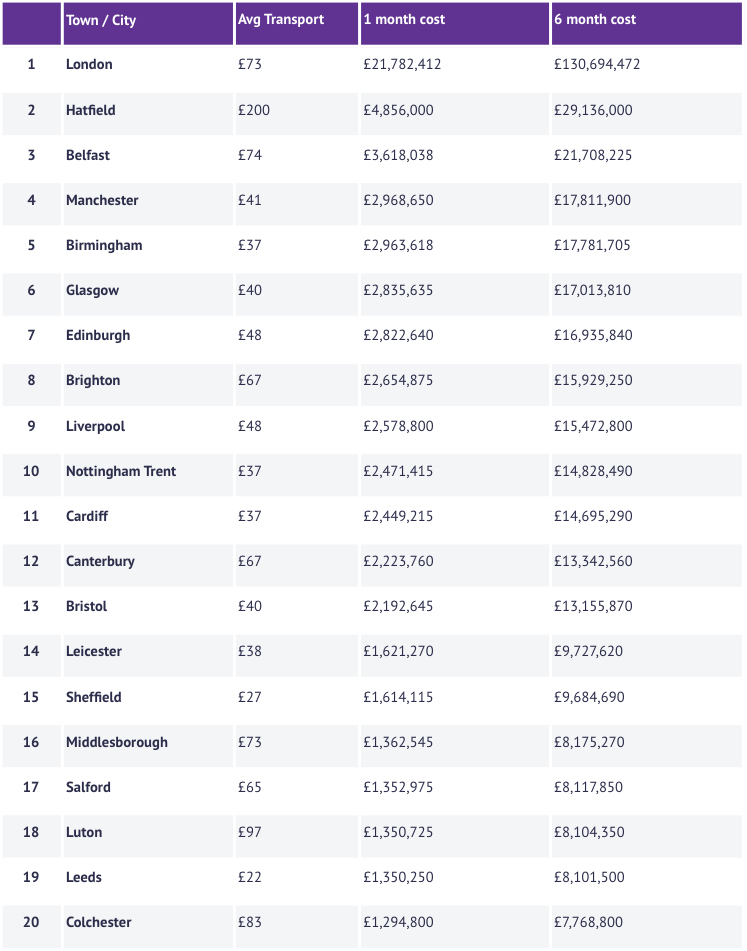 There’s been little need for students to splash out on new clothes. Shops could have lost as much as £347 million from students not revamping their wardrobes. 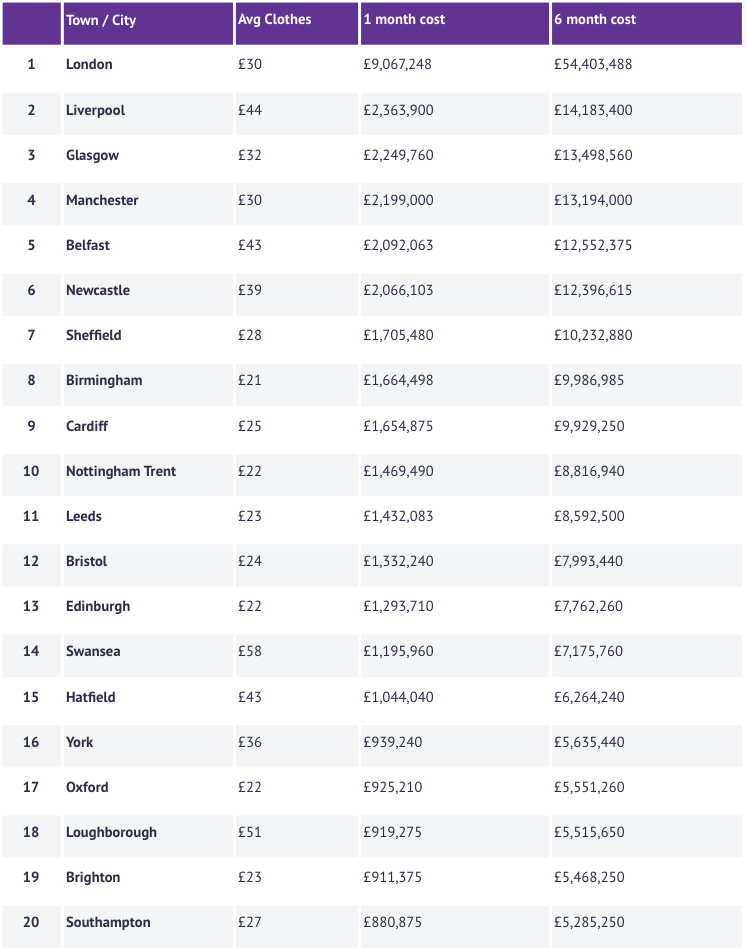 With hairdressers, beauty salons and gyms being closed across the country for many months, students weren’t splashing their cash on these luxuries. Across the country, £172 million is likely to have been withheld from this sector.

Local charities and independent businesses have suffered from the lack of students too. Charities haven’t stopped needing support despite the pandemic, and yet over £156 million is predicted to have been lost from students giving to charities and buying gifts across the UK. 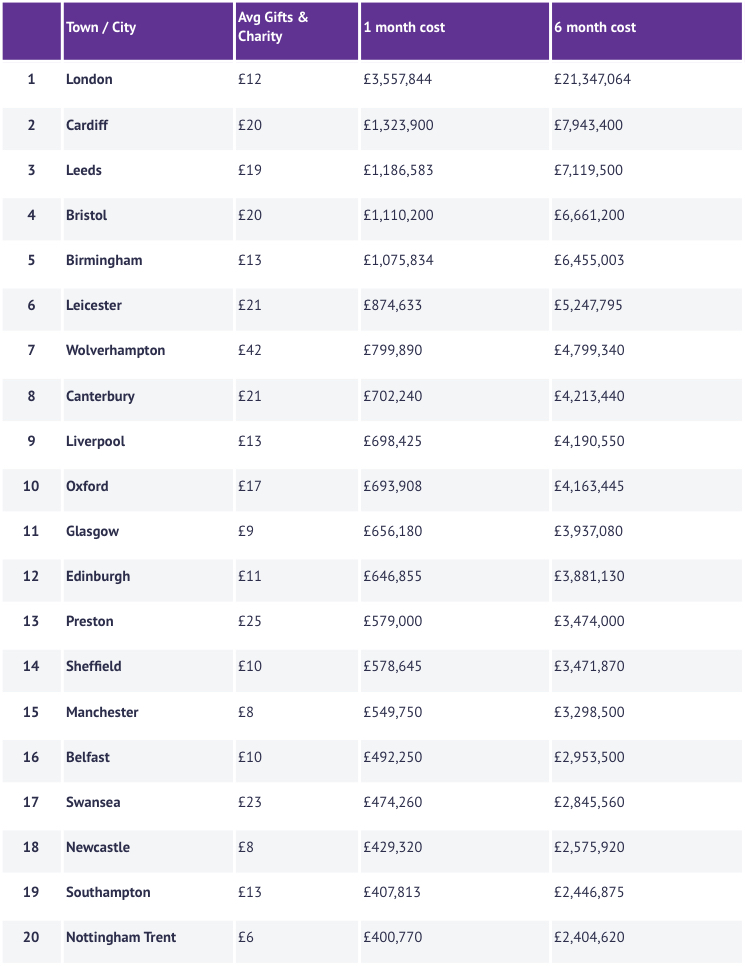