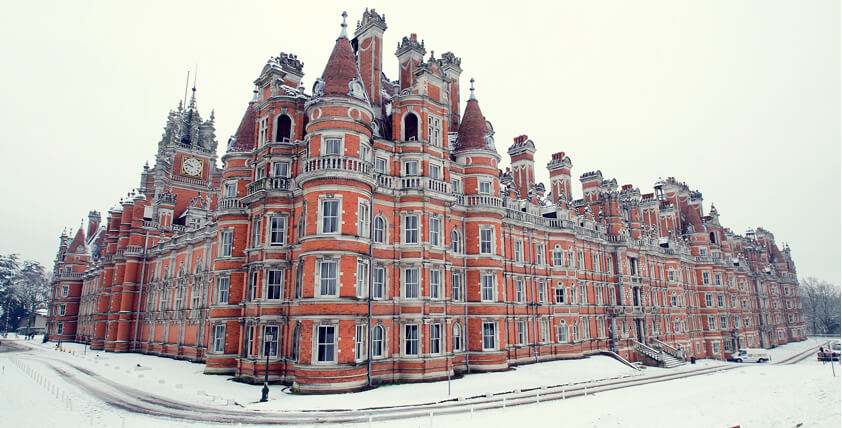 Attribute: S.Tore/Flickr
The French Chateau inspired Grade 1 listed Founder’s building is situated in 135 acres of parkland in Egham, Surrey. Not only is it home to 77 paintings from the Victorian period, it’s also been featured on the big screen in Downton Abbey and the Antiques Roadshow. Halls of residence take up a large part of the building, so if you’re dream is to live in a real life castle, this could be your chance. 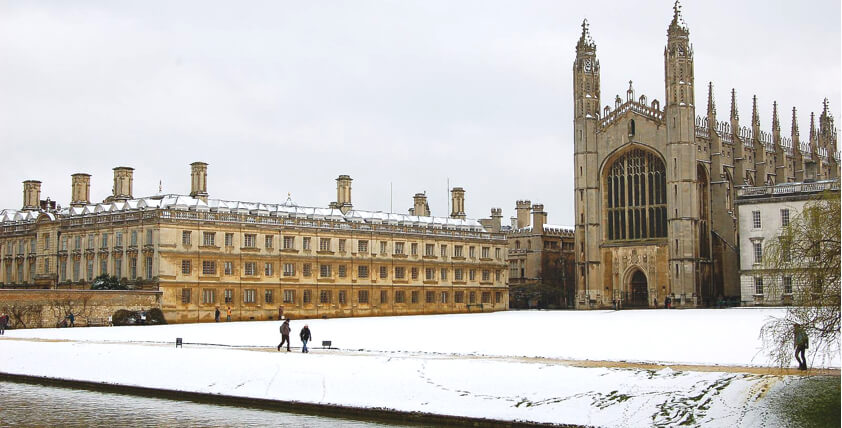 Attribute: Linda/Flickr
Standing as one of the oldest universities in the world dating back to 1209, Cambridge has had several notable attendees, including national treasure David Attenborough as well as Darwin, Newton and Stephen Hawking. The University comprises of eight museums, 31 colleges and a botanical garden. The Bridge of Sighs is also said to be one of Queen Victoria’s favourite spots in the city. 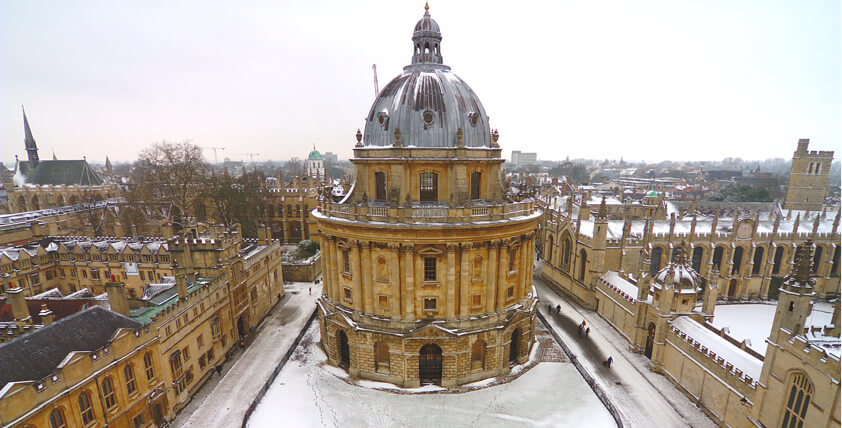 Attribute: Jun/Flickr
The second oldest performing university in the world, Oxford has educated more prime ministers than all other British universities combined. Not only is the University one of the most beautiful in the UK, but you may recognise one of the University's largest colleges, the hall at Christchurch, because it was used as the inspiration for the Great Hall in the Harry Potter films. 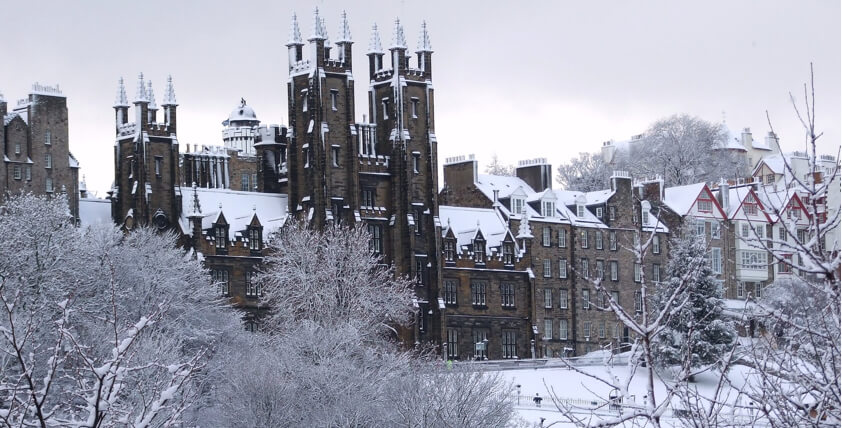 Attribute: kaysgeog/flickr
Founded in 1583, the University of Edinburgh is one of Scotland’s four ancient universities. The Georgian Old College is one of the campus’s most iconic buildings. In 2004 Edinburgh became UNESCO’s first City of Literature and JK Rowling wrote the first of the Harry Potter series in a cafe there. Degrees typically last four years in Scotland, giving students plenty of time to explore the beautiful architecture and discover what the city has to offer. 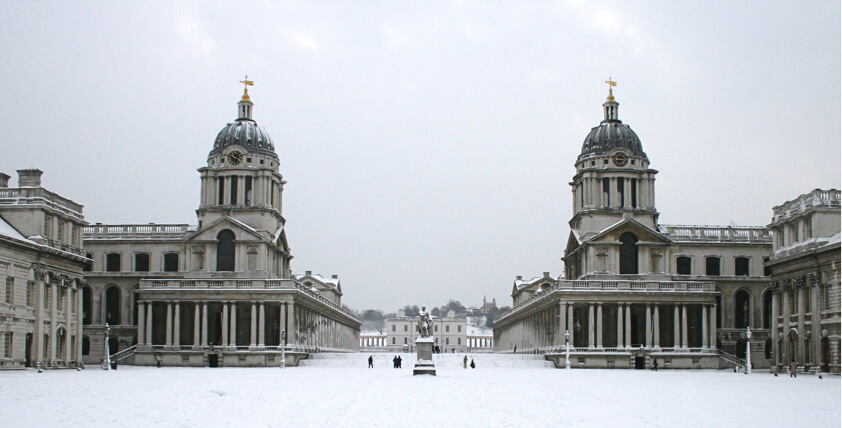 Attribute: Simon Starr/Flickr
The University of Greenwich wasn’t given university status until 1992 even though it was founded in 1890. The stunning Greenwich campus is located on a World Heritage Site and although it’s just a stone's throw away from central London the neighbourhood has a calmer atmosphere. Huge investment has gone into the campus with their £76 million Stockwell building housing state of the art editing suites. 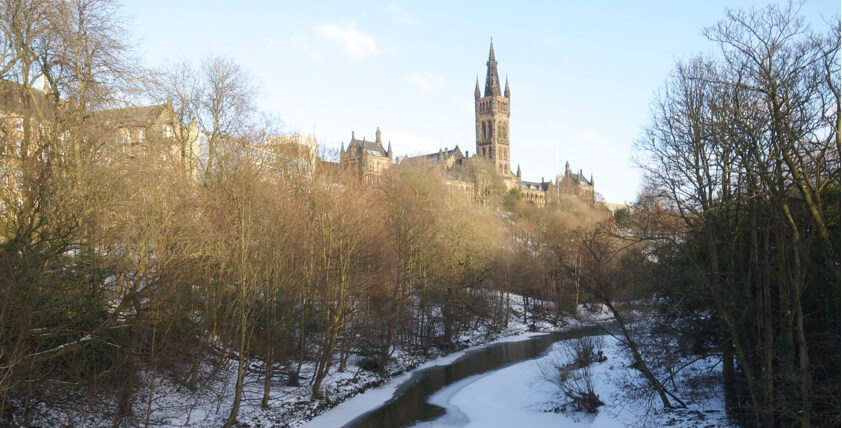 Attribute: Fiona Thomson/flickr
Scotland’s second oldest university was built in a fake gothic style and boasts more listed buildings than any other university in Scotland. It’s home to one of the best academic libraries in Europe, housing over two million books across twelve floors. In 2014 Glasgow was crowned the world’s friendliest city by Rough Guides. 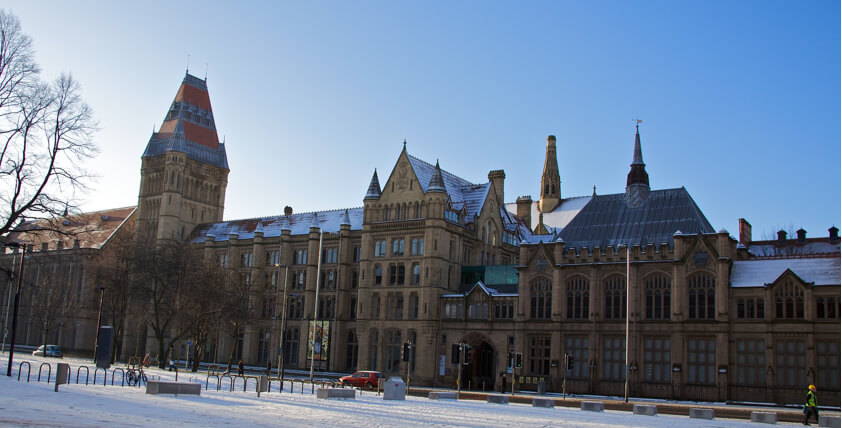 Attribute: Pete Birkinshaw/Flickr
The University of Manchester is the largest single site university in the UK and has a whopping 229 buildings on 270 hectares of land. The stunning Manchester campus is one of the “Red Brick Universities”, a name given to some of the best universities in industrial centers around the UK. The term was originally meant to be derogatory, but in recent years it’s become a sign of prestige. 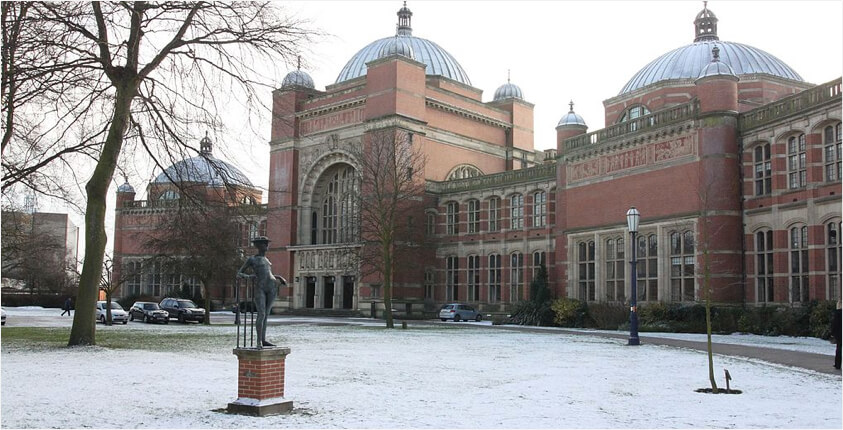 Attribute: Simonham/Wikimedia
The University of Birmingham is home to the Joseph Chamberlain Memorial Clock Tower, which is affectionately named ‘Old Joe’. It’s the world's tallest freestanding clock and legend has it, J. R. R. Tolkin used it as inspiration for the black tower of Isengard in The Lord of the Rings. 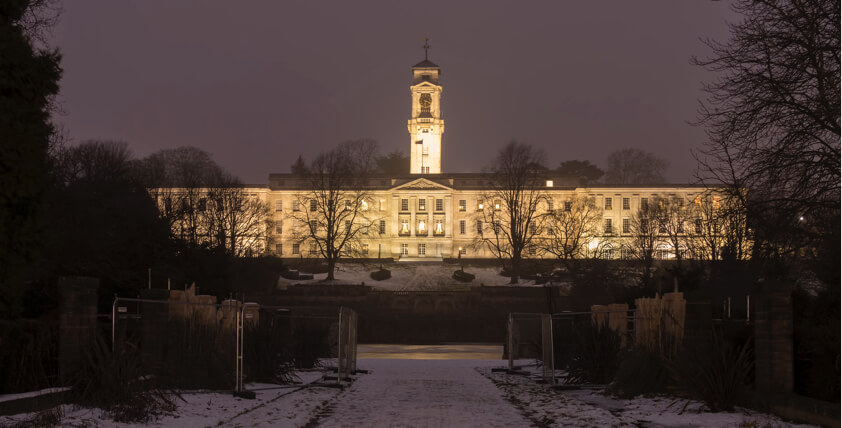 Attribute: Arran Bee/Flickr
Boasting one of the largest university park campuses in the UK, Nottingham has a lot to offer. The university is leading the way in sustainability with initiatives including sustainable buildings built using recycled materials, having a low energy and water consumption and even making their own honey. 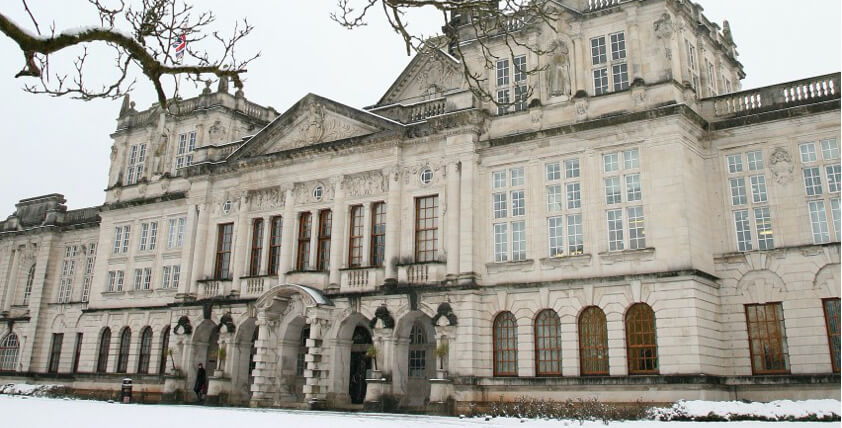 Cardiff University International Office/Flickr
In comparison to some of the others on this list, Cardiff University is relatively new to the scene. It’s been very forward thinking in its practices, being one of the very first to appoint a female professor in 1904. Cardiff’s beautiful Cathays Park campus is set amongst wide tree lined avenues and stunning stone buildings which turns into a winter wonderland in the snow.*