How do the earnings of these smart celebs compare to their fellow graduates?

It’s hard to imagine celebrities rushing to class, burying their heads in textbooks and living in student accommodation, but that’s exactly what some of our favorite stars have done.

From sports people to actors, comedians to authors, we’ve scoured the internet to find 15 of the most surprising celebrity degrees.

These celebrities have eye-watering net worths that far exceed the average salaries of the students they used to share a class with. We’ve ranked the celebs in order of the number of years it would take a graduate with the same degree to equal their income. 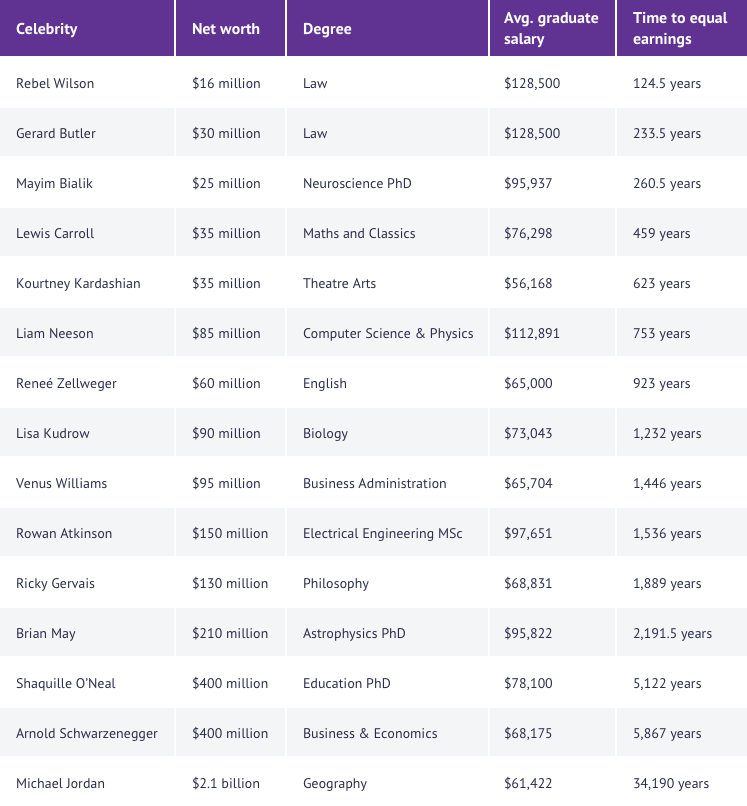 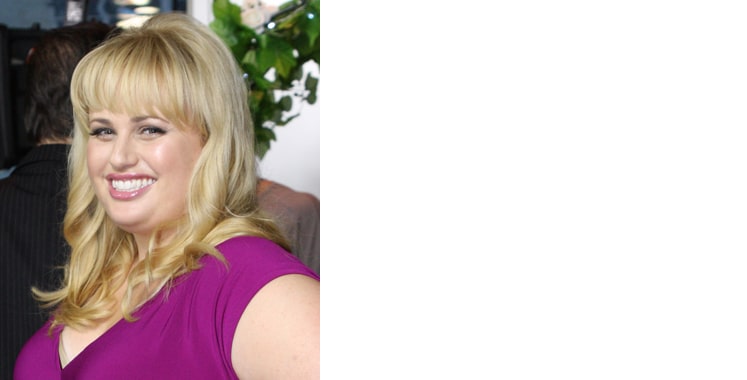 Attribute: Eva Rinaldi/Wikimedia She’s one of the industry’s most entertaining comedic actresses, but Rebel Wilson was undertaking some serious studying before getting her big break.

The Hollywood starlet earned a bachelor’s degree in Law from the University of South Wales in her home country of Australia. 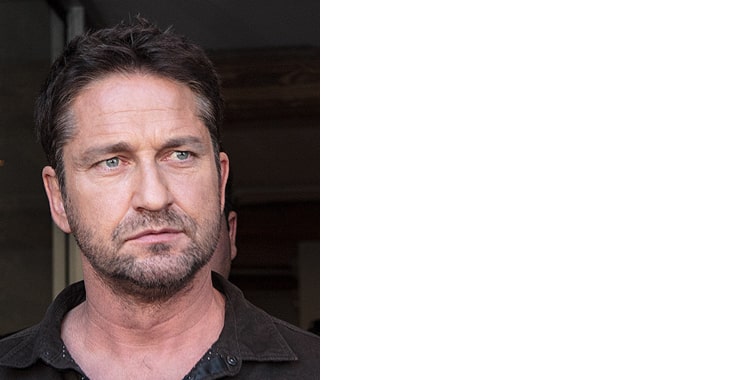 Attribute: Gordon Correll/Flickr He’s one of the globe's biggest blockbuster movie stars, but Gerard Butler narrowly missed out on a career as a lawyer.

Butler gained a bachelor’s degree in law from the University of Glasgow and landed a trainee position at a local law firm, only to be fired a week before he was due to qualify because of his wild partying. You could say it worked out quite well for him.